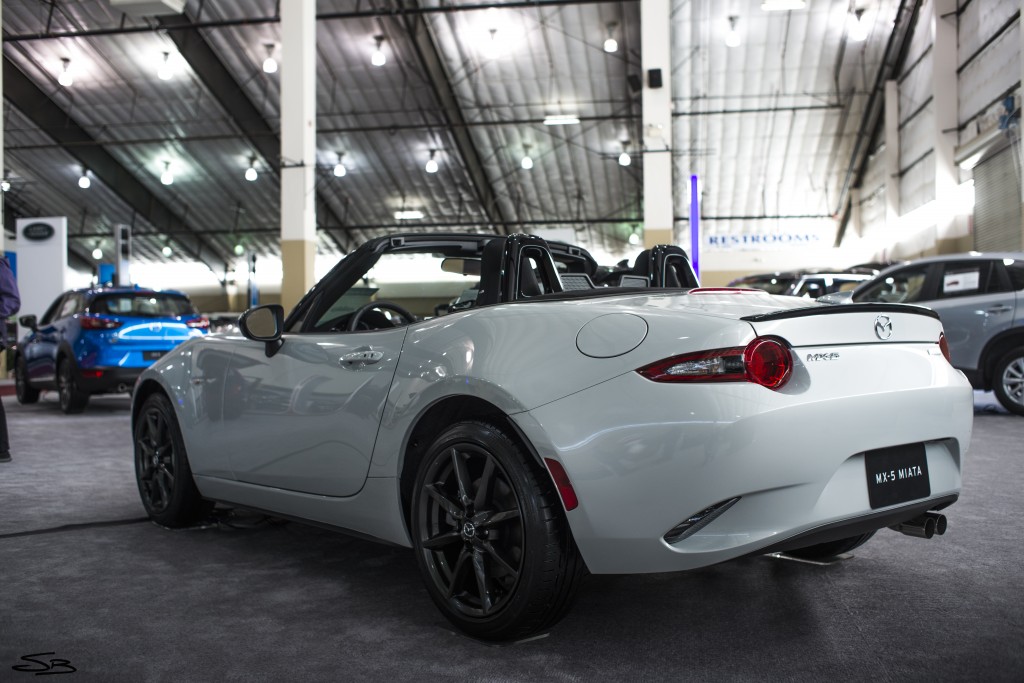 One of the most anticipated releases of this year was the 2016 Mazda Miata MX-5… To me, it was a bit over-hyped. I mean sure, it has been nearly 20 years since Mazda has redesigned this subtle 2 seater, but does that really justify the hefty marketing budget? I believe so. Mazda has cut away from the blob body and went with more defined edges, giving the paint some depth and color variation. If you were to take away the badges, most people would think this design came from Honda (ode to the kei cars), which in my eyes is actually a good thing. It is about time the Miata received some love, for goodness sake it has out lived every single chassis Mazda has ever produced… 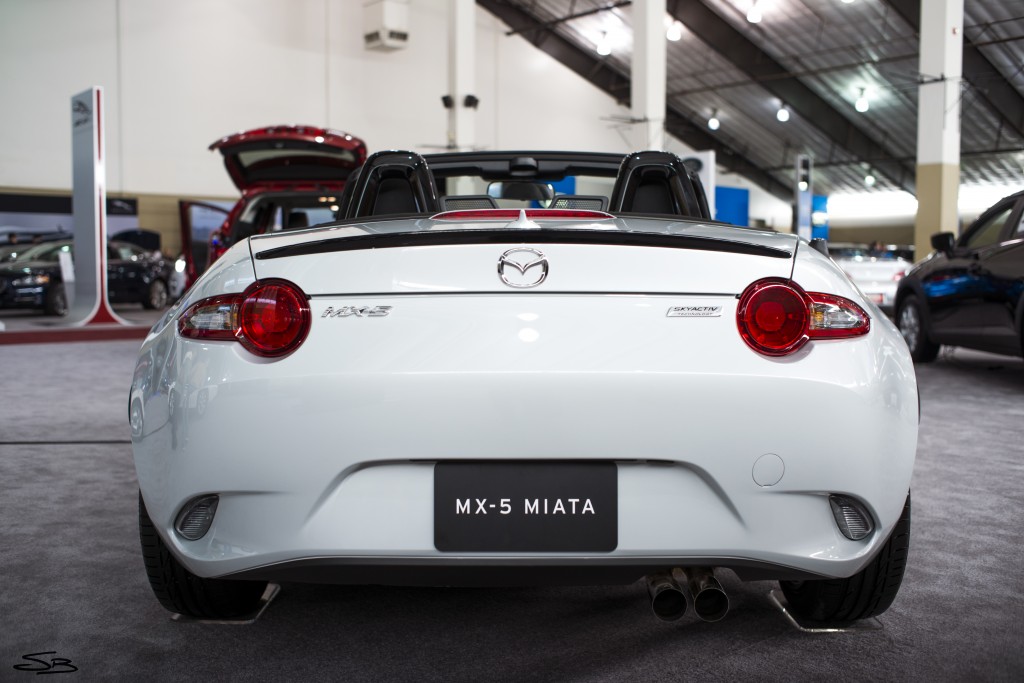 Transplanting classic design quirks is honestly my favorite thing about multi-generational models. Mazda has kept the idea of their tail lights in tact, while exploring new angles and lines, thinking inside of the box (making sure not to stray too far away from heritage… cough cough Mustang 2). The subtle variation in the tail light’s design opens up a whole new spectrum of possibilities for the rear deck lid and bumper, which Mazda capitalized on. 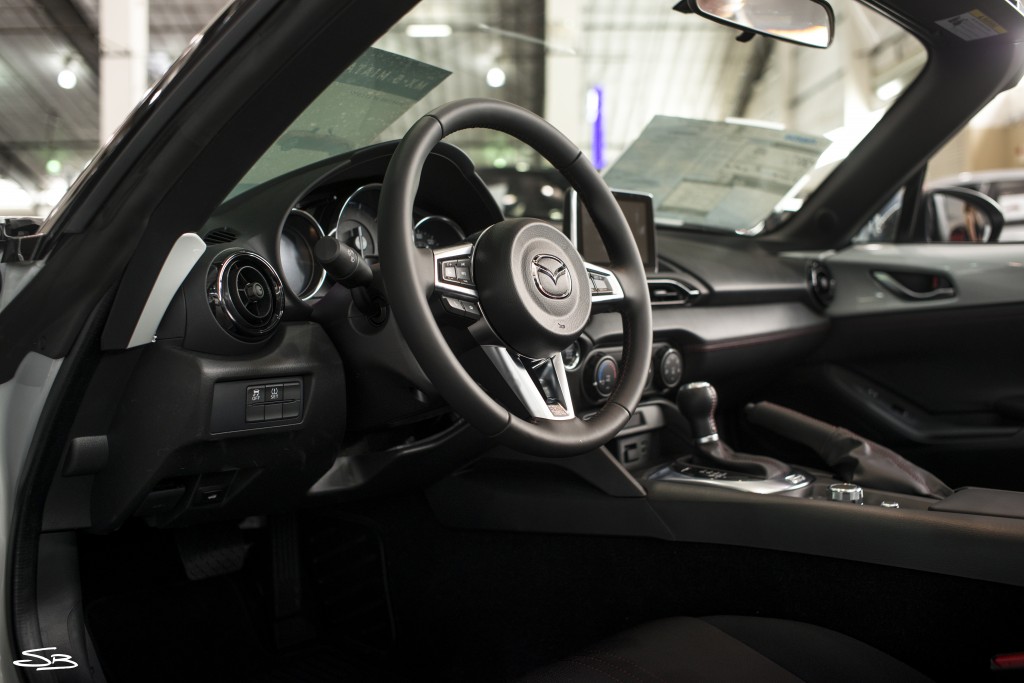 Now this is what we have been waiting for. Finally, Mazda decided to make the interior bearable, but they did us one better, they made it something worth admiring. The dash is adorned with a super crisp 7″ display, sitting perfectly behind the windshield. The gauges are usable and have matured, ie: they finally centered the RPM GAUGE!!! It is the little things that count, and literally this car is the epitome of “little things.” The steering wheel is light and small, the shift knob is stout and just the right amount of squishy… I mean, I could talk about how impressed I am with the interior for days, but people care about other things, I know. 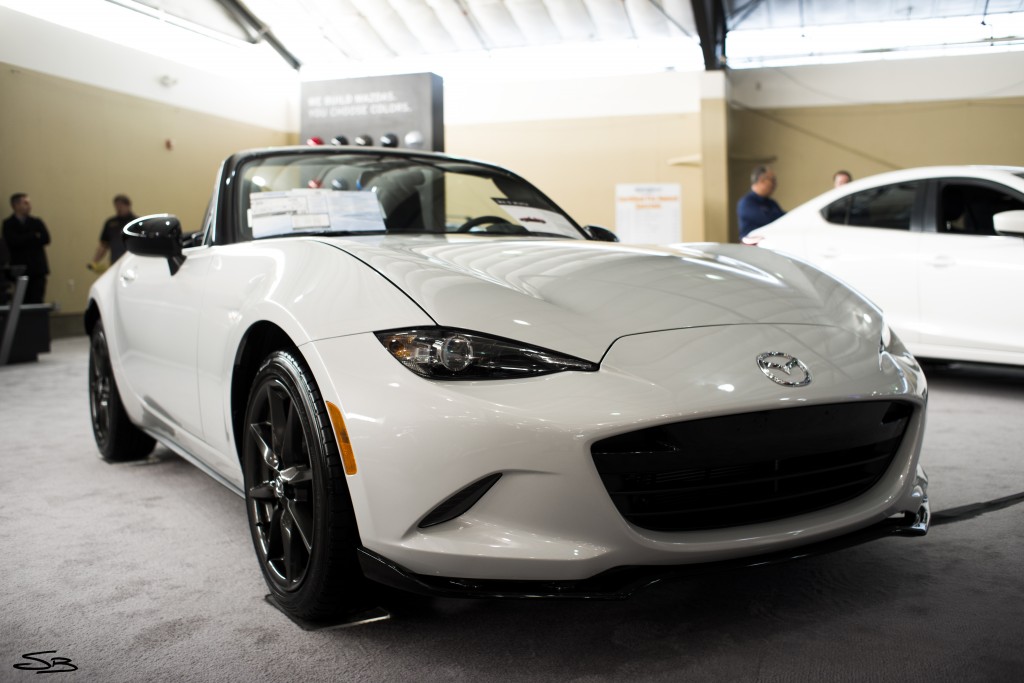 This picture sums up the 2016 Miata, it is a thing of beauty. 2,400 lbs soaking wet, 155hp Skyactiv engine (bye Fordlecia), Brembo Brakes, and Bilstein Shocks: you really can’t go wrong when you option the car out. Now, just as a friendly reminder, go with the CLUB model and not the Grand Touring. Sure, leather seats are nice, but having manufacturer upgrade options like the ones I listed above are a must have (warranty: so you can literally track the car 24/7 and have your very own Mazda sponsor).

Now for a little rumor, I was told that Mazda has been tossing around the idea of re-integrating the Mazdaspeed formula to the Skyactiv Miata. Literally the only thing this car is missing is 100hp, so let’s keep our fingers crossed and hope Mazda does the right thing, for humanity.